You may have come across some flashlights in your day that have colored LEDs. If you’re like me, then you’ve wondered why they are there. Maybe you thought the lights were there for aesthetic purposes or just for fun. Believe it or not, though, different colored beams have actual purposes. Take a look:

Red: Red is probably the most common color of LED that you’ll see. I have a headlamp that I take with me camping and backpacking, and it has a few different settings including one with a red LED. At first I didn’t know what the red light was for, so I avoided using it altogether. It turns out, though, that red lights help you preserve your night vision, so they’re great to bring camping, hiking, backpacking, hunting, or anywhere for that matter. Some people say they’re great in smoky environments, too.

Blue: Blue lights are typically used by hunters when following blood trails from injured animals. Blood can be difficult to spot in white light (and obviously red light), but it’s easier to see in blue light. Blue light is also better to use in the fog than white light.

Green: Green lights are said to be great for hunters and fishers because they aren’t as likely to spook game. Some people say that is because it’s harder for some animals to see green light than white light or other colors of light.

Ultraviolet: Ultraviolet light (when used in flashlights) is typically used for recharging items that emit light, like compass needles or watch faces.

If you want as many colors as you can get in one product, check out this headlamp: 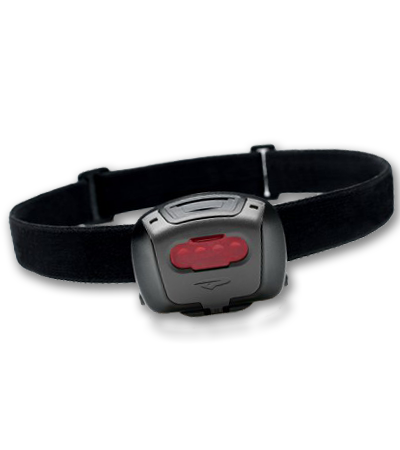 This LED has four LEDs: white, red, green, and blue. Talk about an all-inclusive product. This headlamp would be great to bring on your outdoor excursions, but there are lots more LEDs to choose from at Blade HQ. Check out a great selection of LED flashlights at Blade HQ today!